Search
get in touch 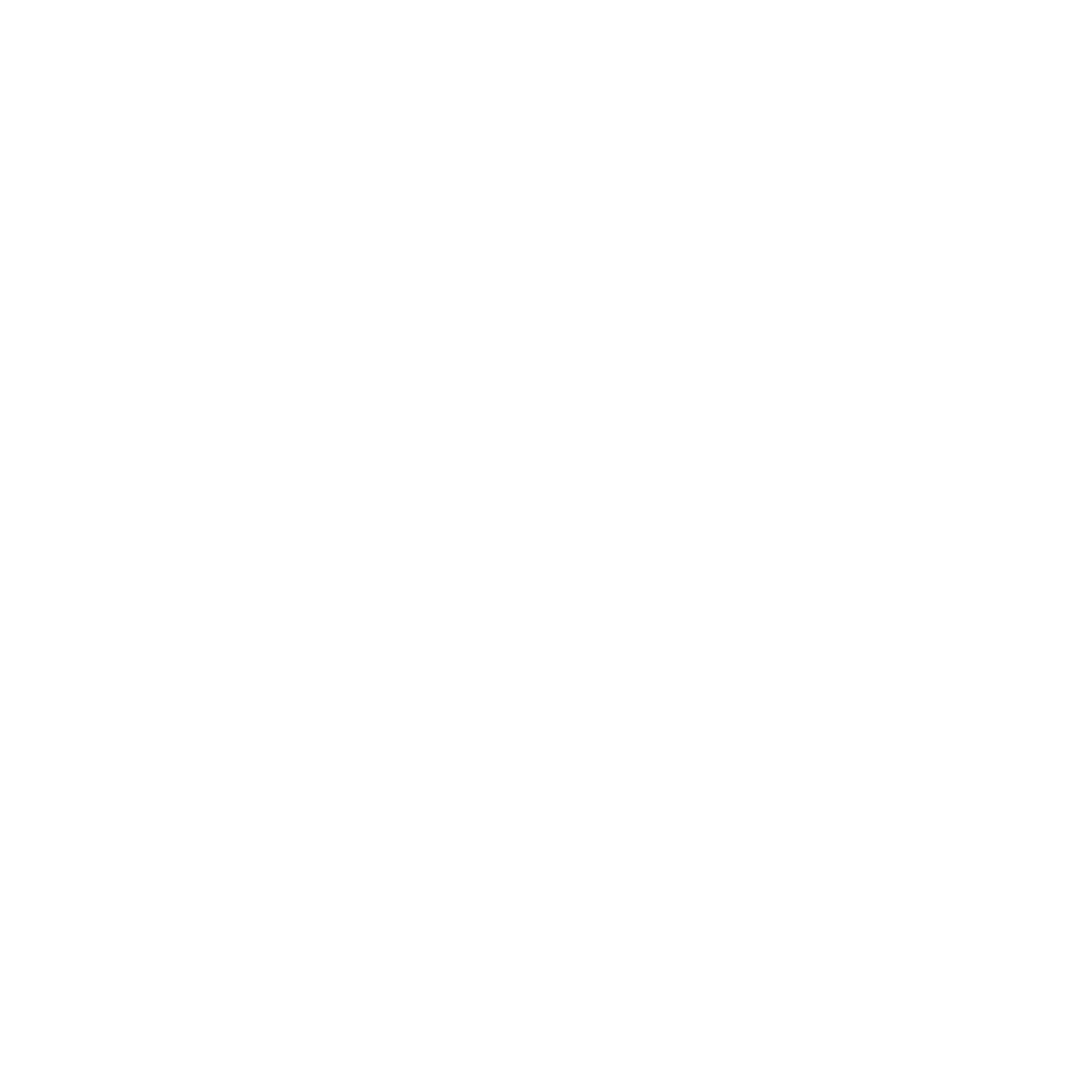 Best South Florida Neighborhoods to Move to In 2022 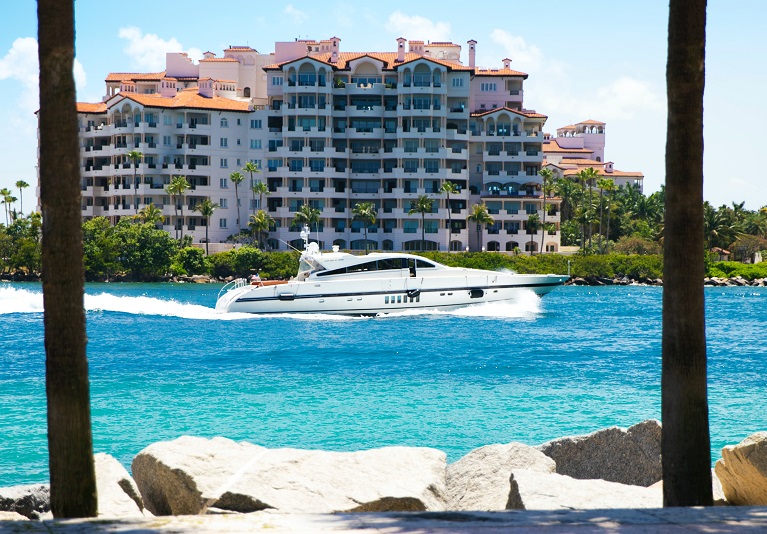 Beaches. Culture. Nightlife. Commerce. Schools. Sports. Year-round sunshine. There are a lot of reasons why South Florida is the envy of the country. Whether you’re a young professional, a family on the rise, or an affluent mainstay looking for the good life, South Florida has a neighborhood just for you.

In this article, we’ll explore why the only thing better than visiting South Florida for a weekend of memories is living here and collecting a lifetime of them.

Top Places to Live In South Florida for Families

With its thriving communities replete with excellent schools and nearby access to the unique amenities of the area, South Florida has a wealth of neighborhoods that are perfect for families. Here are a few of the best.

Situated on the shores of beautiful Biscayne Bay, Palmetto Bay offers residents the best of Miami living in a family-oriented atmosphere. Top-rated public and private schools as well as quick access to waterways and beaches make this neighborhood one of the most desirable in South Florida for families.

Touted as one of the most affluent neighborhoods in Miami, Pinecrest is quickly becoming one of the most desirable destinations for families moving to Florida. Beautiful homes, top-rated public schools, suburban peace, and law-enforced safety are just a few of the reasons why.

Developed during the Florida land boom of the 1920s by legendary real estate developer George Merrick, Coral Gables was one of the first planned communities in the United States. A century later, the suburb of Miami has more than held its Mediterranean-style charm and is widely recognized as one of the most attractive areas in the country. Home to A-rated public and private schools, including the University of Miami, as well as iconic attractions such as Venetian Pool and Fairchild Tropical Gardens, Coral Gables offers families a life unlike any in South Florida or the country.

Ranked as one of the top cities to live by Money Magazine, Family Circle, and USA Today, the City of Weston is a master-planned community located in southwestern Broward County, bordering the Florida Everglades yet only twenty minutes from Florida’s beaches. Weston is known for its outstanding public safety and boasts the lowest crime rate per capita in Broward County.

Located in northern Broward County, Parkland is a suburban city committed to preserving its “park-like” character. Incorporated in 1963, Parkland did not have stores or traffic lights until the mid-1990s. Today, the city’s zoning laws aim top reserve the “park on every block” feel. Residents enjoy a safe community with outstanding schools and a physical layout as conducive to walking, running, and biking as any in the county.

Located about 15 miles southwest of Ft. Lauderdale, Cooper City boasts the fourth-highest median household income in Broward County, despite the average age of all its residents being just 39. Great schools, great parks, and excellent recreational facilities make this neighborhood one of the best in the county to raise a family.

The second-largest city in the Palm Beaches, Boca Raton owes much of its unmistakable look to notable architect Addison Mizner whose Mediterranean Revival style established during the romantic 1920s has blossomed into a modern city thriving with art, history, and culture. Boca Raton is consistently recognized for being one of the safest cities to live in and for having one of the lowest property tax rates for a full-service city in Florida.

Locally known as “The Farms,” Jupiter Farms is the ideal place in South Florida to raise a family for those seeking a rural living experience. A-rated public schools, an abundance of parks, and low crime rates add to The Farms’ case as a great place to move for families looking for a tinge of country life in South Florida.

In 2019, Wellington was recognized as one of the 100 best places to live in the US by Money Magazine. In response to the news, Mayor Anne Gerwig said, “Wellington is a great place to buy a home, get a job, start a business, and send your children to top-rated schools. We will continue focusing on providing excellent services, family-friendly programs, and living up to this distinction.”

One of the largest metropolitan areas in the US, South Florida is the perfect place for a young professional to begin a successful career. These neighborhoods have everything to round out the experience.

The Brickell neighborhood offers young professionals who seek urban life an ideal landing spot. Much of the nightlife is signature Miami as are the restaurants, parks, and shops. Brickell’s real estate market features many quality homes and apartments for rent, making this neighborhood desirable to young professionals on the rise and on the verge of arrival.

For many young professionals making the move to Miami, the choice often comes down to Edgewater or Brickell. By comparison, Edgewater is the more serene of the two popular neighborhoods and is often overlooked by tourists. Situated between Downtown Miami and the Design District, Edgewater is known for its luxury apartment buildings and high-rise condos lining the waterfront of Biscayne Bay.

North of Downtown and west of Miami Beach, Wynwood has earned a reputation as one of the most happening neighborhoods in Miami. With a host of eclectic restaurants, bars, shops, and decor of contemporary street art, Wynwood has taken its place as Miami’s creative and cultural hub.

Often called the “Venice of America” for its waterfront layout, Downtown Fort Lauderdale picks up where the trendy, hip neighborhoods to the south in Miami leave off. Young professionals seeking to rent or buy can find a host of apartments, condos, and townhouses all within walking distance of the sun-kissed activity that awaits in one of America’s most iconic fun cities.

Most Expensive Neighborhoods in South Florida

For those who’ve made their fortune and aren’t shy about letting everyone know about it, South Florida has a neighborhood (or an island) that fits your bill. These exclusive areas offer locals a glimpse of life at the top.

Home to A-list celebrities, professional athletes, and top-of-the-food-chain business magnates, this man-made island in Biscayne Bay is one of the most opulent and exclusive enclaves in the country, possibly the world. Each magnificent property outdoes the next, with each mansion offering waterfront access. If there really is a top of the world, Star Island just maybe it.

Nestled on the water’s edge of southern Coral Gables, Gables Estates is widely recognized as one of the most prestigious waterfront neighborhoods in the country. Gables Estates offers access to Biscayne Bay and the canals of the intercoastal waterways. World-renowned architect Ramon Pacheco personally designed many of the homes, creating a neighborhood of Mediterranean, Spanish, and modern-styled masterpieces.

Non-residents seeking access to this esteemed community in the eminent Cocoplum neighborhood  must be on a guest list. Tahiti Beach features just over two dozen gorgeous estates, each set on spacious waterfront lots and offering breathtaking panoramic views of Biscayne Bay. Many homes feature private yacht docks and expansive pools that seemingly pick up where Mother Nature’s perfection leaves off. The result is opulence and privacy–a Miami high-roller’s dream.

Which South Florida Neighborhood is Right for You? City National Bank of Florida Can Help You Find out.

City National Bank of Florida has served the South Florida Community for over seventy-five years. We live here and pride ourselves on helping customers who are new to the Sunshine State become our neighbors. There are many great neighborhoods in South Florida, more than we could fit on this list. Contact City National Bank of Florida today and let us help you find the perfect South Florida Neighborhood for your unique needs and dreams.

The populations listed in this article are approximate and based on the 2020 Census.

The school grades listed are from Niche.com, are source dedicated to collecting and reporting on scholastic 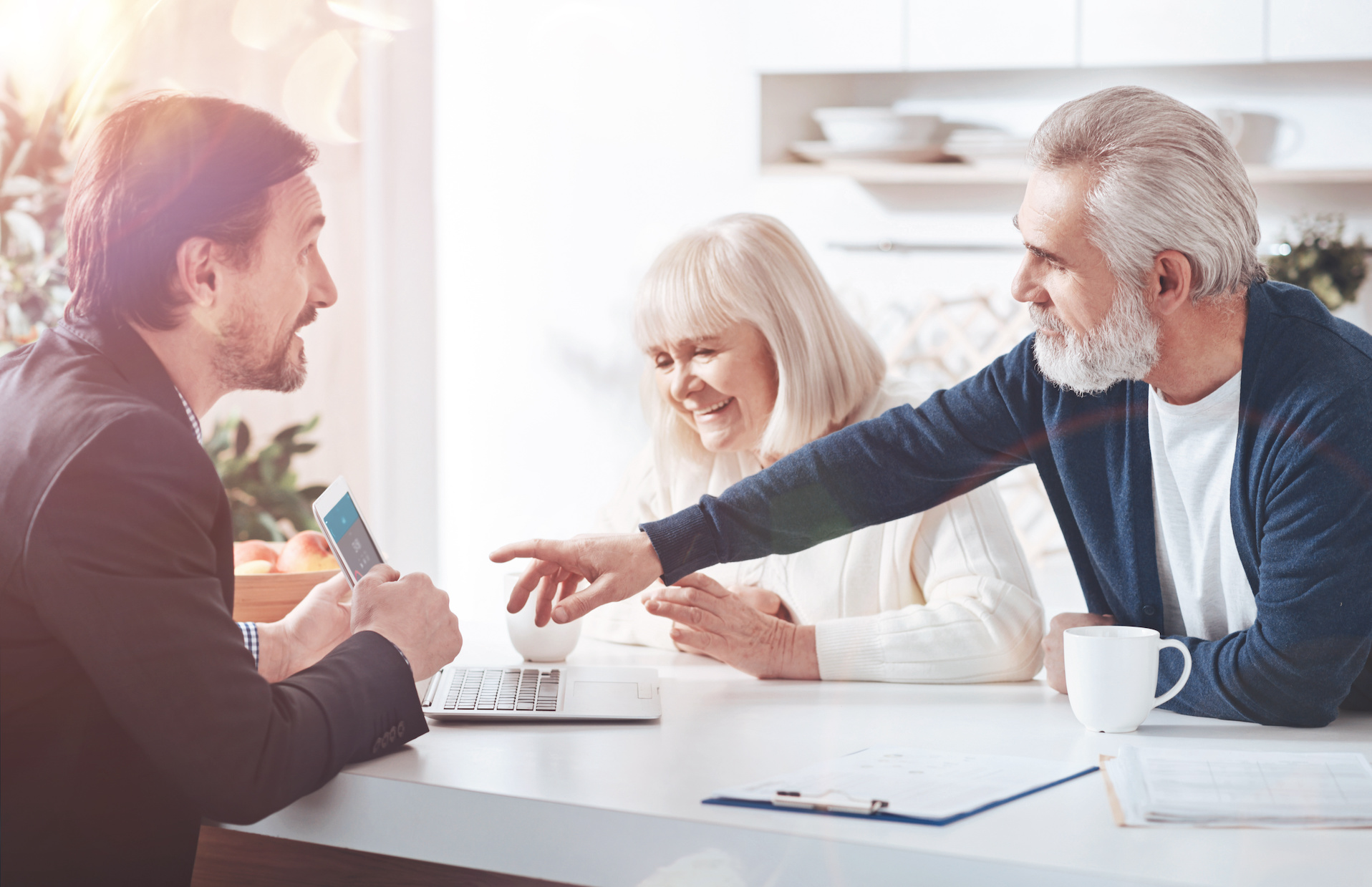 Inheritance Tax & Estate Taxes: How Do They Impact Estate Planning? 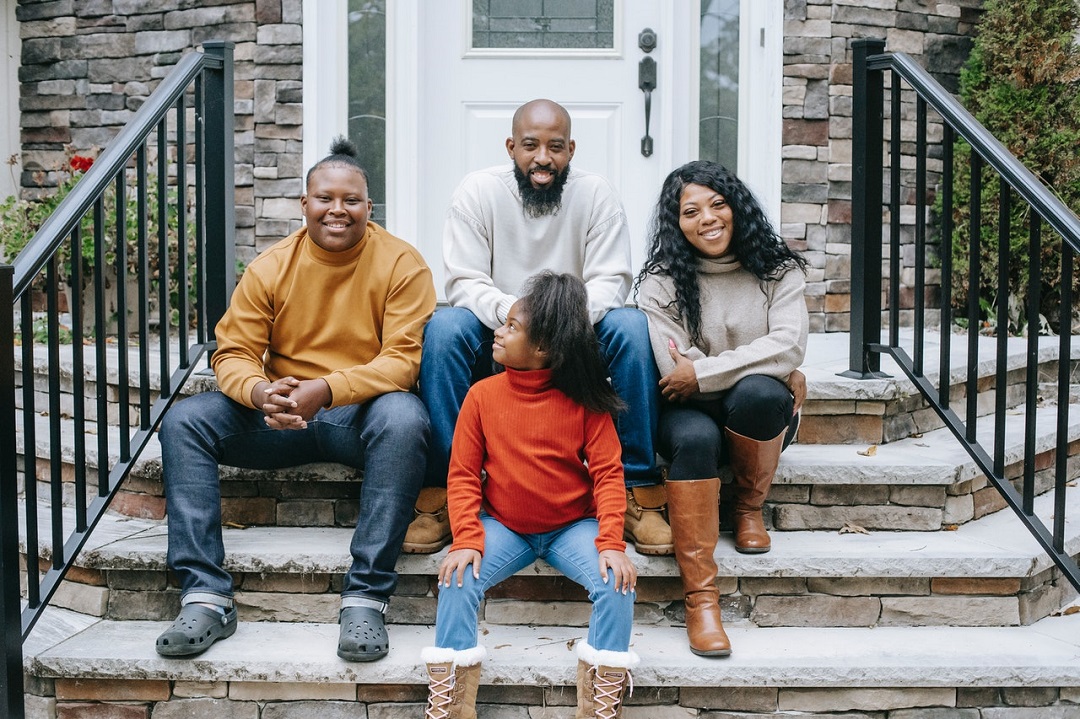 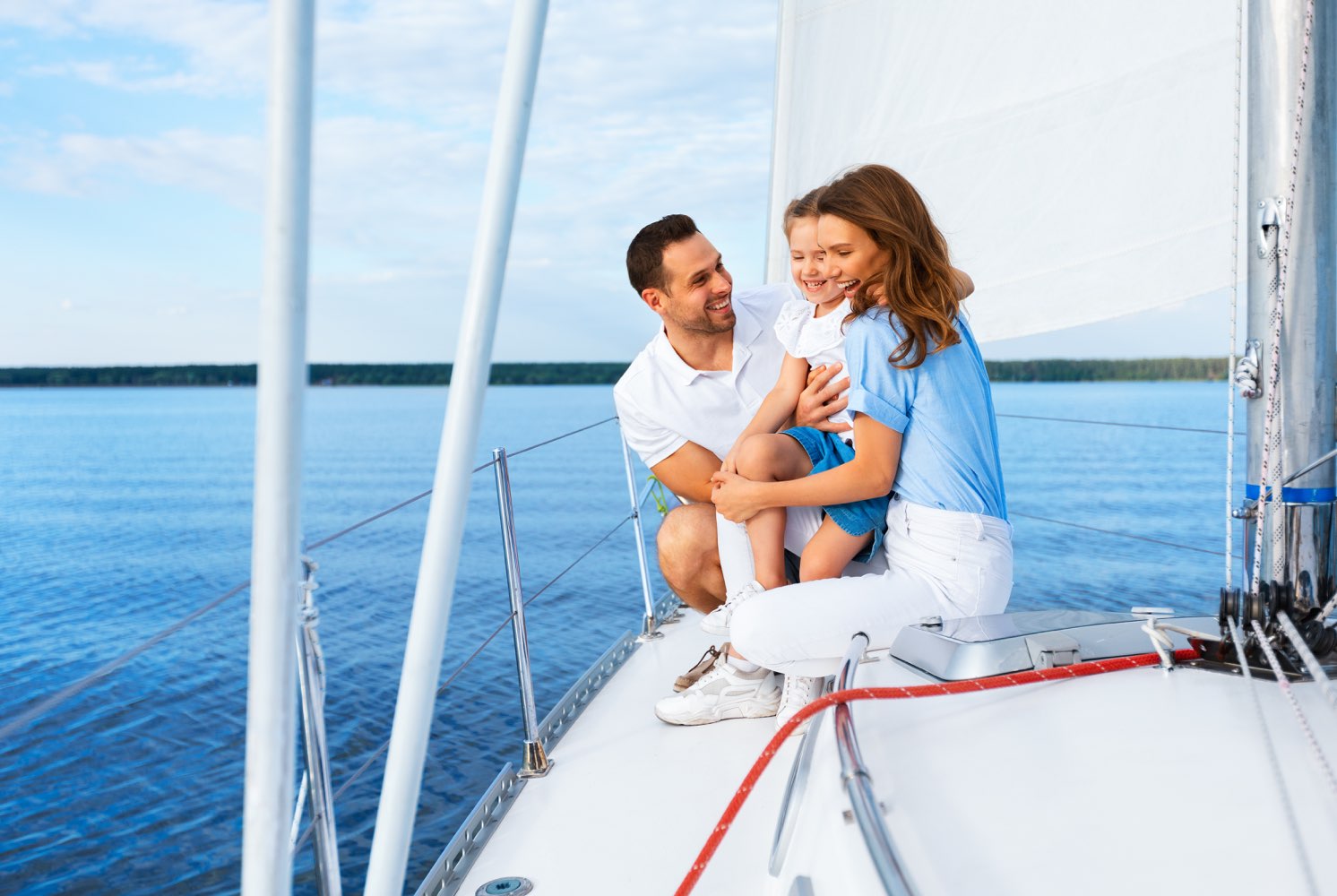 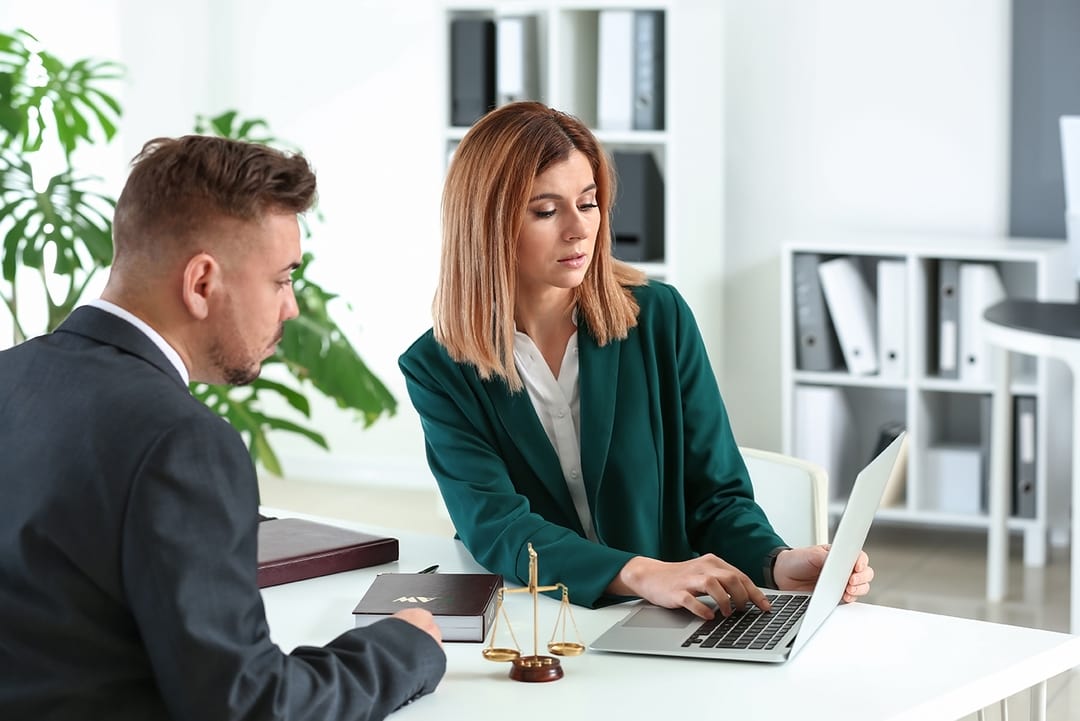 Investment products are not insured by the FDIC or by any federal government agency. They are not a deposit or other obligation of, or guaranteed by, City National Bank of Florida or any of its affiliates. They are subject to investment risks, including possible loss of the principal amount invested.  City National Private does not provide tax or legal advice.

Deposit products are insured by the FDIC up to the applicable maximum amount allowed by law for each deposit ownership category. All balances for City National Private and CNBFL deposits would be combined for purposes of determining FDIC coverage eligibility. For more information about FDIC Insurance coverage of deposit accounts, visit https://www.fdic.gov/deposit.

who we are
move to florida
get in touch